The Singapore ICC (SICC) was formed in 1963 after the merger of the Royal Singapore Golf Club and the Royal Island Club.

The Singapore Island Country Club (SICC) was formed in 1963 after the merger of the Royal Singapore Golf Club and the Royal Island Club.

It has since then it has become one of the most prestigious country clubs in Singapore. It is mainly known for its fine golf courses which have played host to numerous tournaments.

“After being fortunate enough to test out the prototype TrueStrike some years ago, I first introduced the Mark VII model in 2008, whilst I was Director of Golf at Sheshan Golf Club, Shanghai, host of the WGC HSBC Champions, the response from our members was just simply overwhelming. So of course I didn’t hesitate to introduce TrueStrike again in January 2011 when I began to manage part of the golf operations at Singapore Island Country Club, the largest Golf Club in the Country. Our TrueStrike surfaces have created only positive comments from our members and teaching professionals, it has also increased practice activity by 20%.” James Brown, Director of Golf Asia, Motion Capture Golf PTE LTD www.motioncapturegolf.com

Not satisfied with such a glowing testimonial, we asked James a few questions on why he loves TrueStrike so much… 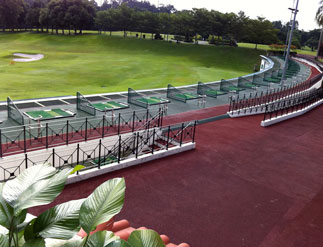 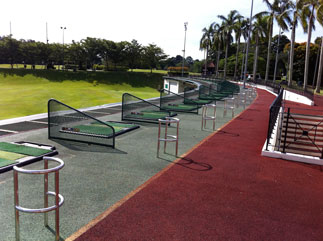 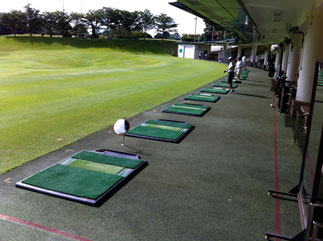 Q: Is this the only hitting surface you use?
A: Yes, I will only every use TrueStrike for any practice facility I manage, they are as true to grass it it comes, easy to install, maintain and the decal space is an essential part of corporate exposure and revenue.Q: What can you tell me about their durability?
A: I had units at our covered range area whilst Director of Golf at Sheshan in Shanghai, the durability was fantastic, this is perhaps even better with the newer version I now use in Singapore. I have 130 units in operation.

Q: What about customer feedback?
A: I have had nothing but positive feedback. All of our very discerning members really appreciate the realistic performance and getting away form the traditional old hard range mats.

Q:Are they easy to move and put together?
A: Yes very easy and a lot easier to place on the range than conventional units. If it was any easier they would put themselves together.

The Singapore ICC has many prominent businessmen and statesmen as members, its exclusivity makes it one of the most sought after golf clubs. The second oldest club in Singapore, it has four 18-hole golf courses at two separate locations, called the Bukit and the Island Locations.